Book Club Questions for "Death in the Holler" by John G. Bluck 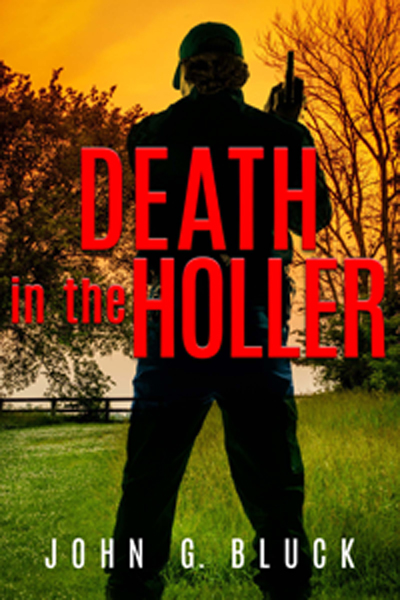 Death in the Holler is more than a page-turner, whodunit mystery. It showcases racial discrimination as well as alcohol and drug misuse, suicide, the causes of crime, and many other societal issues. But this novel also shows us that there’s good in even “bad” people – that flawed human beings can turn their lives around.

WARNING: Spoilers are included in the following book club questions.

1.      Before you began reading this book, did you know about hunting deer in Kentucky? What a holler is? What rural life is like in the Bluegrass State?

2.      Why do you think protagonist Luke Ryder became an alcoholic? What does his back story tell you?

3.      Do you think Sheriff Jim Pike does enough to help Ryder address his alcoholism? Do other characters (such as Ryder’s two girlfriends, Carol Cuddy and Layla Taylor) help or hinder him in coping with his addiction?

4.      Let’s discuss Ryder’s romantic involvement with women. Do you think that his relationship with school psychologist Carol Cuddy was solely sexual or not? How do you feel when you read or hear of a relationship like theirs? Sad, concerned, or something else?

5.      Even though Layla Taylor was a prostitute, do you think Ryder was too quick to enter a sexual relationship with her, or do you think this would be normal behavior for some men?

6.      How does this novel compare with specific romance novels with regards to the portrayal of intimate relations? What expectations do readers of each genre have, and what are the broad-stroke differences?

7.      In very general terms, do men and women react differently to how relationships are portrayed in novels? Is love at first sight really possible in real life? Can people truly fall in love within just a few days?

8.      Is El Gaucho more evil than good, or the reverse? What if he’d made different choices early on in his life? Would he have developed into a much different person? Would only his place in society (his veneer) be different? For example, if he would’ve become a physician like his father instead of a drug pusher, would he be the same person inside? (After all, doctors prescribe drugs, and pushers sell them.)

9.      Should all “hard” drugs be legalized – handed out free of charge by physicians with the caveat that recipients of the drugs would have to seek free treatment for addiction or other problems? Would legalizing drugs reduce other kinds of crime? Would decreasing crime overall justify making all drugs freely available? Do the ends justify the means? Compare illegal drugs to illegal alcohol during Prohibition in the United States.

10.  What do you think of Luke Ryder and some of the other characters?

11.  Should Ryder have spent more time combatting racial injustice at the same time he struggled with addiction, depression?

12.  Which characters in the mystery are racist, and which ones are not?

Where to buy "Death in the Holler"

Read BookLife Reviews review of "Death in the Holler."