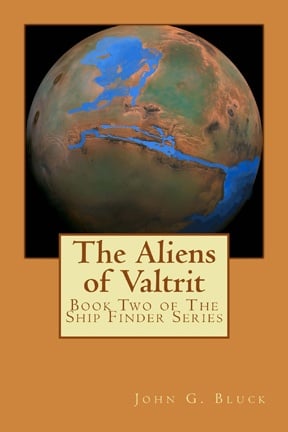 The Aliens novel begins with a short introduction to the planet Valtrit and then switches to London in 2061. After UK spy agency employee Gina Perelli peers through an espionage camera altered by an electrical surge, she and her MI7 boss see a dozen men executed by ray guns a world away.

Gina and her partner, London policeman Colin Green, must capture a ray gun, the most important arms development since nuclear weapons. With new extraterrestrial allies, Gina and Colin follow a trail to a planet called Valtrit.

After her father was murdered when she was 14, Gina suffers from Post-Traumatic Stress Disorder. She struggles to assert herself in MI7 and during combat.

Barnes and Noble paperback, go to:

Kindle E-book in the UK, visit:

Amazon Paperback in the UK see: